Barium can be used to examine the esophagus.  This is the passage from your throat to the stomach.  It is a long tube surrounded by muscles which propel the food into the stomach.  A barium esophogram is done to examine the esophagus using barium and continuous X-ray called fluoroscopy.  You will drink the barium and the radiologist will observe how the esophagus functions and whether there are any abnormalities inside.  Masses, areas of narrowing, inflammatory conditions and abnormalities of function will be diagnosed.

Barium contrast is also used to examine the colon.  This is called a lower GI or barium enema.  Barium is given through the rectum and coats the colon.  Gas is often given through the rectum in combination with the barium contrast to distend the colon and better look at the surface. Multiple X-rays of the colon will be taken.  Abnormalities like colon polyps and masses, areas of narrowing and blockages will be seen.  This test is done less frequently now because colonoscopy is more frequently done now.

Please read the disclaimer Typos in radiology reports are common.  Radiologists have more frequently been using speech recognition software to produce reports. They dictate into a microphone and the speech…

Please read the disclaimer Chronic changes on an imaging test implies that the finding being discussed by the radiologist is something that has been there for a long time. This… 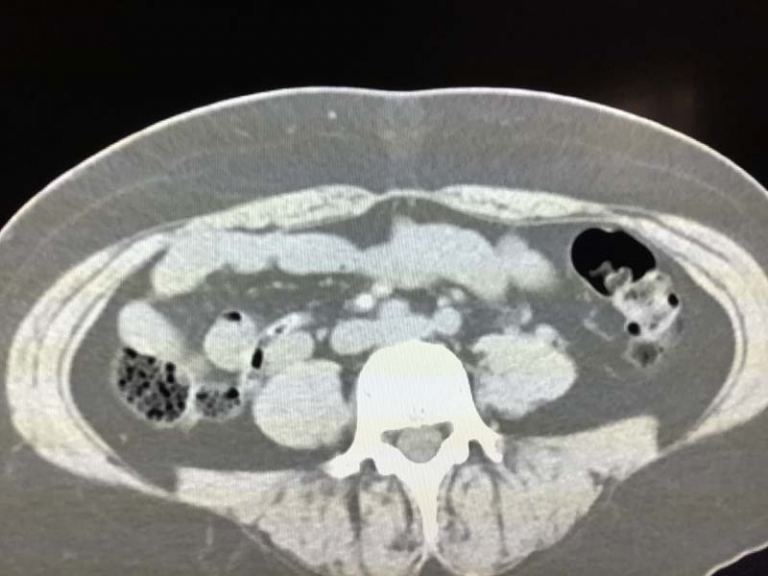 Please read the disclaimer A radiologist is a medical doctor who specializes in the interpretation of imaging tests.  A radiologist goes through medical school just like any other doctor.  …

Please read the disclaimer Non specific imaging finding on X-ray means that the abnormality identified can represent different diagnosis.  This is fairly common in X-ray imaging unfortunately.  The non specific…

Please read the disclaimer A stricture is a narrowing of a passageway in the body.  Usually a stricture occurs in a tube like structures in the body such as the…