A normal measurement is usually below 6 millimeters.  The bile duct can be dilated or above 6 mm for a variety of reasons.  Usually this alerts us that something may be wrong. That there may be a blockage of the duct or tube.  However, this is not always the case.

Sometimes a dilated bile duct on ultrasound can be seen after a cholecystectomy or gallbladder removal.    Elderly patients can also have a bile duct which is slightly more dilated than 6 mm and be normal.  Especially if it is not causing any problems or lab test abnormalities.  A slightly dilated bile duct can also be because of the way it was measured by the technologist.   The radiologist interpreting the test may measure it himself.

A dilated bile duct can mean that there is a blockage.  A blockage of the bile duct can be from a stone.  Usually this passes from the gallbladder which is connected to the bile duct.  This will cause the duct to dilate.  Patients will have pain and blood work abnormalities in many cases.  Although the ultrasound often does not show the obstructing stone in the bile duct, an MRI can be done to look at the bile duct for diagnosis. A specially trained gastroenterologist may perform an ERCP to remove the stone.

Dilated bile duct on ultrasound has many causes as detailed above.  Sometimes the cause will not be apparent from the ultrasound alone.  Your doctor will take a careful history and do a physical exam.  Blood work is also important.  Any prior imaging tests are important as well.  A change or more dilation becomes more significant.  Further testing is also often needed for diagnosis.  This may include a special MRI called an MRCP to look at the bile ducts.   Some patients will need a more invasive procedure called an ERCP done by a specialized gastroenterologist for diagnosis and treatment. 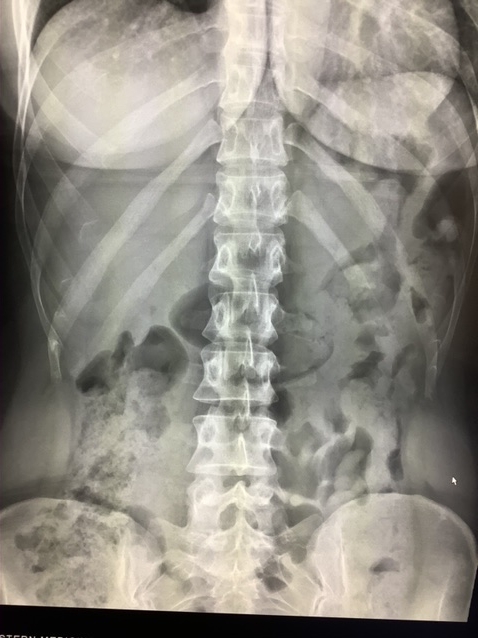 Please read the disclaimer Liver lesion is a descriptive term that refers to a non specific abnormality or multiple abnormalities in the liver.   This term alone does not give…

Please read the disclaimer Too small too accurately characterize is a term that radiologists use for liver spots that are less then a centimeter or smaller. The term means that…

Please read the disclaimer Kidney stones are commonly identified on X-rays done for a variety of reasons. While it is more common these days to image kidney stones with CT,…