Esophageal stricture means a narrowing of the esophagus.  The esophagus is a long tube going from the throat to the stomach.  A narrowing that is fixed can be from a variety of benign and cancerous causes.  This can be symptomatic and cause pain and difficulties with swallowing.  Esophageal strictures are commonly diagnosed on esophograms done after swallowing barium.  The radiologist will observe the esophagus for any abnormalities of the structure and function on this test.

Strictures can be categorized based on whether the narrowing is in the mid to upper esophagus or the lower part.  Radiologists will also try to distinguish a benign stricture form a cancerous one.  Barrett’s esophagus is a precancerous condition which can cause narrowing anywhere in the esophagus.  Cancer can also cause a structure or narrowing.   Often cancer is more irregular and causes chronic symptoms.

Patients who have had radiation treatment to the chest can develop narrowing of the esophagus, particularly around where the cancer was irradiated.  Patients who have swallowed bleach or cleaners can eventually develop narrowing in the  esophagus as well. These will often be multiple or long areas of narrowing. Some severe skin diseases like pemphigoid can result in strictures of the the esophagus in rare cases.

Strictures near the bottom of the esophagus are most common from acid reflux and damage by the stomach acid going into the esophagus.  A hiatal hernia is sometimes seen in these cases.  This is a protrusion of stomach into the chest.  Barium contrast reflux into the esophagus may be seen during the test.  Complications of this can be strictures and Barrett’s esophagus which is a precancerous condition.

Strictures are commonly diagnosed on esophogram and can have a variety of causes.  Ultimately, endoscopy and biopsy is needed for both diagnosis and treatment.  Benign strictures can be treated by dilation procedures.  Cancer is often treated with surgery.  Symptom relief in advanced or terminal cases can be treated with stents and radiation. 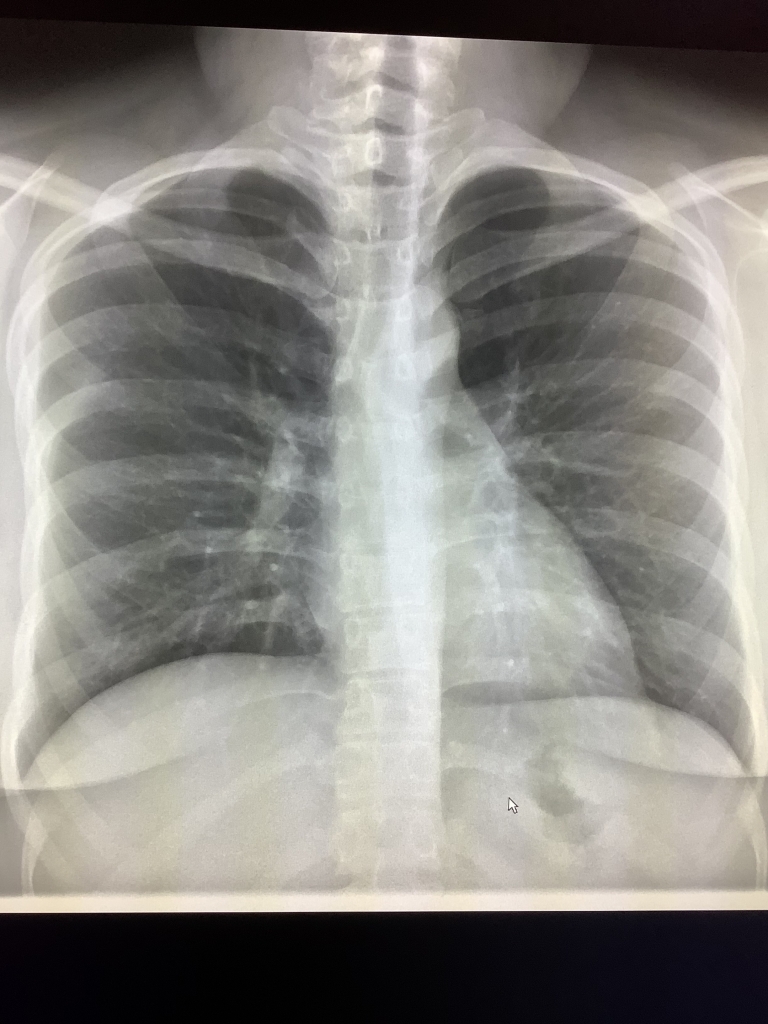 Please read the disclaimer Esophograms are performed after the patient swallows barium contrast and X-ray is used to identify abnormalities.  The barium contrast outlines the esophagus on X-ray and many…

Please read the disclaimer No infiltrates seen on chest X-ray is sometimes used by radiologists in radiology reports.  This means that the radiologist does not see a white area in…

Please read the disclaimer Lung apex is the term used to describe the very top of the lungs.   This description can be found on many different types of reports…

Please read the disclaimer A hiatal hernia is a herniation of abdominal contents through the opening of the esophagus as it connects with the stomach. Most commonly the stomach herniates…