Pancreatic mass is an abnormal growth in the pancreas which is identified on CT. There are many different kinds of masses which can be identified. The most common I see are cysts, cystic masses, and pancreatic cancer. There are growths which are infrequently seen like pancreatic endocrine tumors and other tumors that arise from the pancreatic tissue like pancreatic lipoma, lymphoma and sarcoma. They can not always be diagnosed on CT and will often need further testing and imaging.

Pancreatic mass often looks different then the background normal pancreas. In the case of cysts and cystic masses, they are usually darker then the surrounding normal tissue and at least partially filled with fluid. I most commonly see these as simple cysts or slightly complex cysts with septations. These are most commonly intraductal papillary mucous neoplasms, mucinous cystic neoplasm and serous cystadenoma. The distinction between these different cysts is often difficult on imaging alone. Some pancreatic cysts are related to prior pancreatitis. Pancreatic cysts are often further evaluated with MR and followed over time unless they are large or show suspicious features. Sometimes a specially trained gastroenterologists will biopsy these or sample the fluid to get a better idea of what we are dealing with.

A mass in the pancreas which is solid is more concerning for pancreatic ductal adenocarcinoma. These are most frequently in the head of the pancreas or start of the pancreas near the duodenum. Often these tumors are not well defined or infiltrating. Meaning you can’t draw a line around them because their borders are not defined. The tumor often extends beyond the pancreas. They often cause obstruction of the duct of the pancreas which looks dilated. The pancreatic tissue next to the tumor looks thin and atrophic. The bile duct coming from the liver can also get dilated and obstructed if the tumor is in the head. This can cause jaundice or yellowing of the skin.

Often, pancreatic adenocarcinoma has spread to other areas like the liver at diagnosis. The tumor often wraps itself around important blood vessels limiting surgical cure. The prognosis is very poor even if surgery is done. The tumor often has a very distinctive appearance on CT and can be suggested as the most likely diagnosis with CT alone.

Pancreatic endocrine tumors are rare in my experience. They arise from the islet cells of the pancreas. The most common is the insulinoma. They are classically very bright or enhancing early after contrast is given through the vein. I occasionally see pancreatic lipomas which are benign and composed of fatty tissue.

In my experience, pancreatic masses are fairly common on CT. The approach to management is dependent on what their consistency and appearance is on CT. Those that are solid are more concerning for the worst kind, or pancreatic adenocarcinoma which has a very poor prognosis. Pancreatic cysts are often further evaluated with an MRI. Other tumors of the pancreas are rare. A biopsy may be needed for precise diagnosis.

Please read the disclaimer Fat stranding about the appendix means that there is usually edema or  inflammatory change involving the appendix.  This does not however diagnose appendicitis because there can…

Please read the disclaimer A common finding is a pancreatic cyst or cystic lesion on CT of the abdomen done for a variety of reasons. Usually an incidental finding, meaning…

Please read the disclaimer Correlate clinically means that the radiologist believes a finding may represent an abnormality on CT.  The radiologist would like confirmation of this suspicion with the patient’s…

Please read the disclaimer Ischemic colitis means that the colon is inflamed because of diminished blood flow.   It is more common in older individuals.  Patients can present with abdominal…

Please read the disclaimer Multiple hypodense liver lesions on CT means that there are multiple darker than liver spots found.  Hypodense means darker than the organ or region the abnormality… 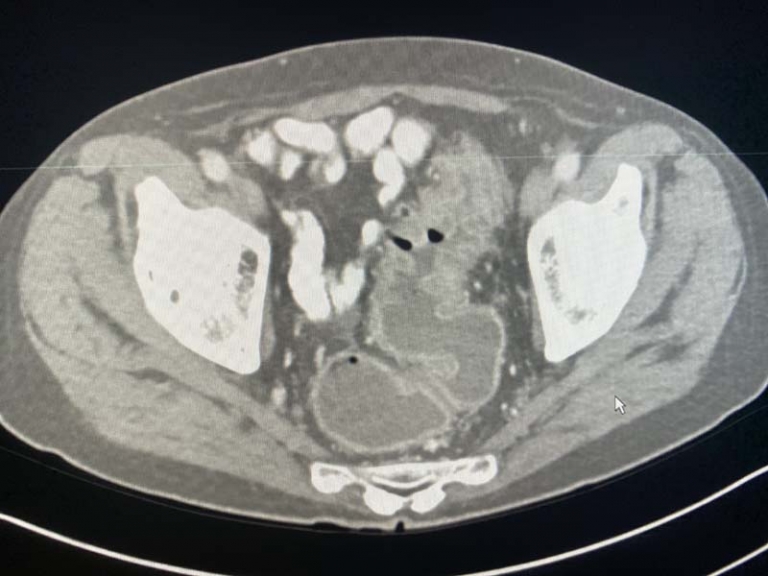 Please read the disclaimer Inflammatory bowel disease is a term to describe bowel diseases that have an inflammatory cause. Most common are Crohn’s disease and ulcerative colitis. These are often…