Anything that causes the normal air filled dark lungs to lose this appearance and be whiter can be referred to as perihilar infiltrates.  This can be on one or both sides.  This term does not imply a specific diagnosis but simply that an abnormality is observed around the hila.

Pulmonary edema can cause perihilar infiltrates.  There may be additional helpful findings and clinical history to indicate this diagnosis.

Inhalational injury, bleeding into the lungs, and certain cancers can also occasionally have this appearance.

This means we see the infiltrates on the right and left sides.  This can tell us that process is more extensive and involves both lungs.

This is an infiltrate that is seen only on one side around the hilum. This can tell us that the process is more localized to one area.  This may help us narrow the diagnostic possibilities.

Perihilar infiltrates on X-ray appear as white areas around the hila.  Normally the lung is black in this region.  There can be thickening of the bronchi depending on the cause.  There can be associated findings in the lungs which can help narrow the diagnosis.

The symptoms often depend on the cause.  Pneumonias may have more recent onset with cough, fever, and breathlessness while cancer is a more long standing progressive process.

Pulmonary edema or fluid in the lungs may be seen from multiple causes but is commonly seen in patients with heart failure.

Bleeding into the lungs may be associated with coughing up blood.

They can be depending on the cause.  While viral pneumonias often go away with time and supportive care, pulmonary edema and cancerous perihilar infiltrates will require more specific treatment.

Perihilar infiltrates is an abnormality seen on chest X-rays and CT around the hila either on one or both sides.  This means that the normally dark air filled lung is replaced with a whiter appearance.  There are multiple causes of perihilar infiltrates.  Other imaging findings and the clinical history can help us narrow the diagnosis.

Please read the disclaimer An esophagram performed with barium is a common test done to examine the esophagus for abnormalities.  An advantage of this test is that we can observe…

Please read the disclaimer Achalasia is a disorder where the lower part of the esophagus is narrowed and fails to let food through into the stomach.  Patients with Achalasia often…

Please read the disclaimer The short answer is that a PET scan helps in the workup of an abnormality in the lung, but can not definitely rule in or rule…

Please read the disclaimer In some cases, a chest X-ray can spot cancer.  The bigger the tumor the better the odds it is seen on X-ray.  Unfortunately, X-ray will not…

Please read the disclaimer No infiltrates seen on chest X-ray is sometimes used by radiologists in radiology reports.  This means that the radiologist does not see a white area in… 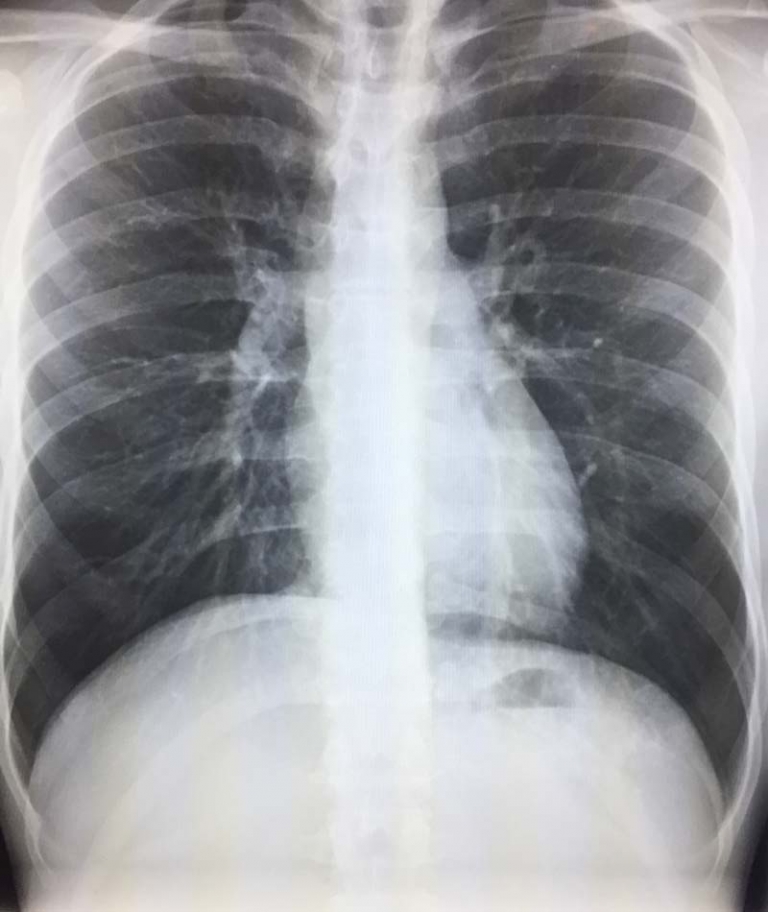 Please read the disclaimer You might see the words calcified granuloma somewhere in your chest x ray report. It is a very common abnormality which many people have as a…