Subsegmetal atelectasis is a common finding on chest x rays which means that a small part of the lung that is normally air filled is now collapsed and has lost its air content.  The cause of this can be varied.  Sometimes it’s because you have not been breathing deeply like after surgery.  Sometimes I see this when patients are in pain and not taking deep breaths.  Sometimes I see this when something presses on the lung and does not let it expand fully.

The appearance of subsegmetal atelectasis is that of a thin small white line or white spot looking like a band. Sometimes it a bit confusing and can look nodular which can then mimic more concerning abnormality. I see this more commonly in the lower lungs.  Subsegmetal atelectasis can also be in more than one area and can involve both sides of the lung.

Subsegmetal atelectasis can be present even if it is not seen on a chest x ray. Chest x rays can hide some abnormalities. Sometimes a thin white line can also represent scarring of the lung, like if you have had an infection in the past.  This finding is very common and may not be mentioned or buried in the body of the report.

Subsegmetal atelectasis is a benign finding usually of no consequence to your health. It may cause some chest chest discomfort.   In some cases, like after surgery, it may mean you need to focus on taking deeper breaths.  Often times there can be a secondary cause such as pain or stress resulting in altered breathing.

In rare cases, a portion of a lung can collapse when something blocks the tube or bronchus which lets air pass to it.  This can be mucus secreted from your airways or even a mass.  In some cases a chest CT may be needed to look further.  A chest cat scan lets the radiologist see more detail of the area. Your radiologist and treating doctor in combination with your history will determine the need for further testing of subsegmetal atelectasis.

Please read the disclaimer Tuberculosis is an infection caused by the organism mycobacterium tuberculosis.  The infection can spread throughout the body but is more common in the lungs.   Tuberculosis…

Please read the disclaimer Lung apex is the term used to describe the very top of the lungs.   This description can be found on many different types of reports… 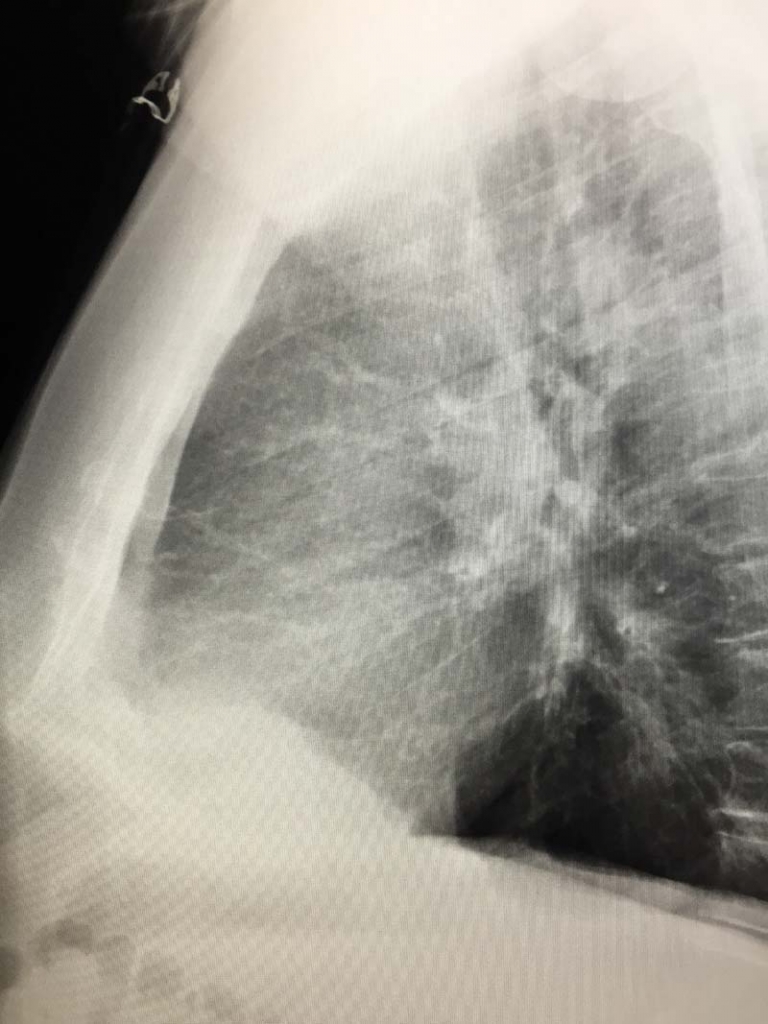 Please read the disclaimer A mass on chest x ray is a white spot that is greater than 3 centimeters in size.  A mass replaces the normal air filled lung…

Please read the disclaimer Pneumonia does not always show up on X-rays.  A classic pneumonia will look like a white area in the normal black lung.   Pneumonia can be…

Please read the disclaimer Broken ribs are common after trauma and X-rays are frequently used to diagnose them. Sometimes they can be seen on a chest X-ray but rib X-rays…

Please read the disclaimer A radiologist reading a chest X-ray done for respiratory symptoms may identify a nodule or abnormal spot and recommend a chest CT.  A chest x ray…