Density in chest X-ray refers to a whiter spot than the surrounding tissue.  This term is commonly used in the lungs.  The lungs are normally dark because they don’t block the X-rays from passing through.  A spot or density in the lung will be whiter than the lung.  The density prevents the X-rays from getting though. Densities can also be described throughout the rest of the chest.

A density in the lung can be many things.  Often radiologists will refer to a density as something they think is abnormal.  It can however represent something normal like intersection of ribs and blood vessels as well.  It can be tough on chest X-ray to determine if a density is normal or abnormal with certainty.  Fortunately, chest CT can be done to figure this out.

Some abnormalities that can represent a density can include a lung nodule or mass.   This type of density can be from scarring, infection, inflammation and cancer.   If the density has been there for a long time, like years on prior studies and hasn’t  changed much, than it’s likely benign.  The radiologist may recommend a CT if he is concerned about it.  The CT will allow a closer look and may even allow a precise diagnosis.

Other densities in the lungs can represent a pneumonia.  This will be larger in many cases than a nodule but there is overlap.  If the symptoms are cough and fever, than a density may be a pneumonia.  A follow up chest X-ray or CT may be recommended.  After treatment with antibiotics, a pneumonia should go away.  Other causes such as cancer will not.

A density on chest X-ray is a really non specific term which really does not mean much on its own.  It just means that there is something that stands out.  This can be benign or abnormal.  Additional testing like CT of the chest will usually clear up tough cases.

Please read the disclaimer Hazy opacities in lungs means that the normally dark lungs on X-ray or CT have become whiter then usual.  Hazy opacities can also be referred to… 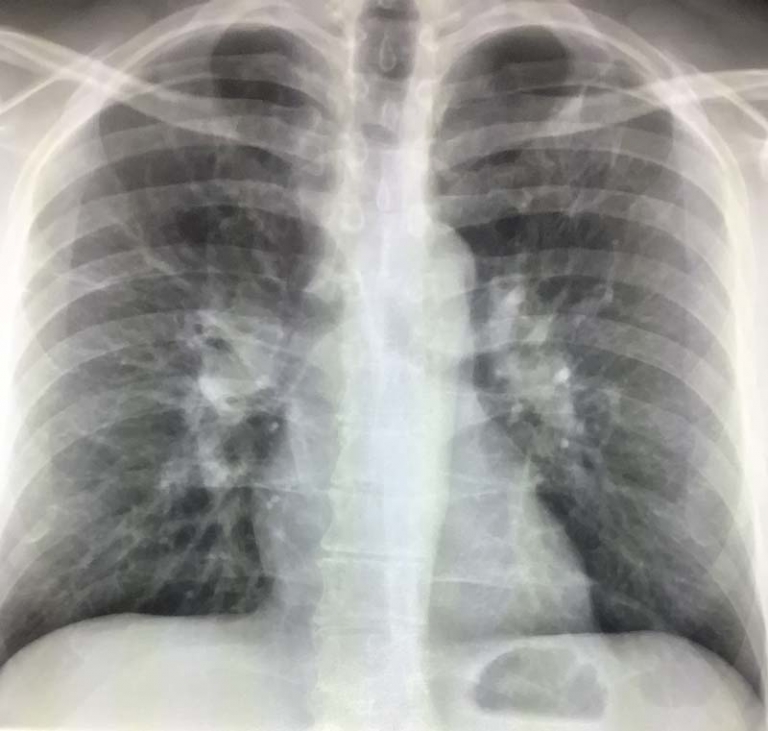 Please read the disclaimer It is a common scenario that an abnormal area of the lung on CT can not be clearly diagnosed as a pneumonia or cancer. Sometimes your…

Please read the disclaimer Lung base means a process at the bottom of the lungs.  The lungs have left upper and lower lobes and right upper, middle, and lower lobes…

Please read the disclaimer I hear patients often say they have a spot in their lungs. While radiologists do not use the word spot to describe an abnormality in the…