Pelvic ultrasound is one of the first tests done for pain.  It allows a detailed view of the female pelvic organs.  Ultrasound uses sound waves to form an image.  There is no radiation involved.  The pelvic ultrasound often uses transabominal and transpelvic components.  That is, the ultrasound probe is placed on your abdomen and another thin probe is later placed into the vagina.  A gel is used for smoother movement of the probe and to have closer contract with the skin.

The transabdominal and transvaginal tests are complimentary and allow the most comprehensive assessment of the female pelvis.   The pelvic ultrasound is performed by a specially trained technologist.  The images obtained are than given to a radiology doctor for interpretation.  He will issue a report and send it to your doctor.

One of the most common reasons for pelvic pain are ovarian cysts.  These can be simple cysts, complex cysts or hemorrhagic/bloody cysts.  Cysts can be of various size from less than a centimeter to large cysts that fill the pelvis.  Cysts can rupture and bleed.  This will cause pain and fluid to form in the pelvis.  Cysts which are benign will go away over time.  They are sometimes followed with ultrasound.  Cysts can also be cancerous.  These are often more complex.   Cancerous cysts can be accompanied by fluid and other suspicious abnormalities.

Twisting of the ovary called torsion can cause pain.  In these cases, the ovary will be swollen and have abnormal or absent blood flow.  Pelvic inflammatory disease which is often caused by infection can cause an abscess or pocket of pus in the ovary.   Pelvic inflammatory disease can also cause dilated tubes called hydrosalpinx.  Endometriosis can cause pelvic pain and result in areas of bleeding and cysts called endometriomas to form.

Tumors and cancer can cause pain.  Fibroids are by far the most common benign tumors of the uterus.  They are often multiple and can be very large located throughout the uterus.  Tumors can also be detected in the endometrium or uterine cavity.  Ovarian tumors are often large complex cysts although solid tumors can also be present.  There may be fluid and other cancerous abnormalities seen in the pelvis.

Please read the disclaimer Cyst in the ovaries are commonly found on CTs obtained for various reasons including pelvic pain. Cysts can vary in size from less than 1 centimeter…

Please read the disclaimer The endometrium is the innermost layer of the uterus.  The endometrium lines the uterine cavity.  Endometrial thickness is a standard measurement in ultrasounds of the pelvis…. 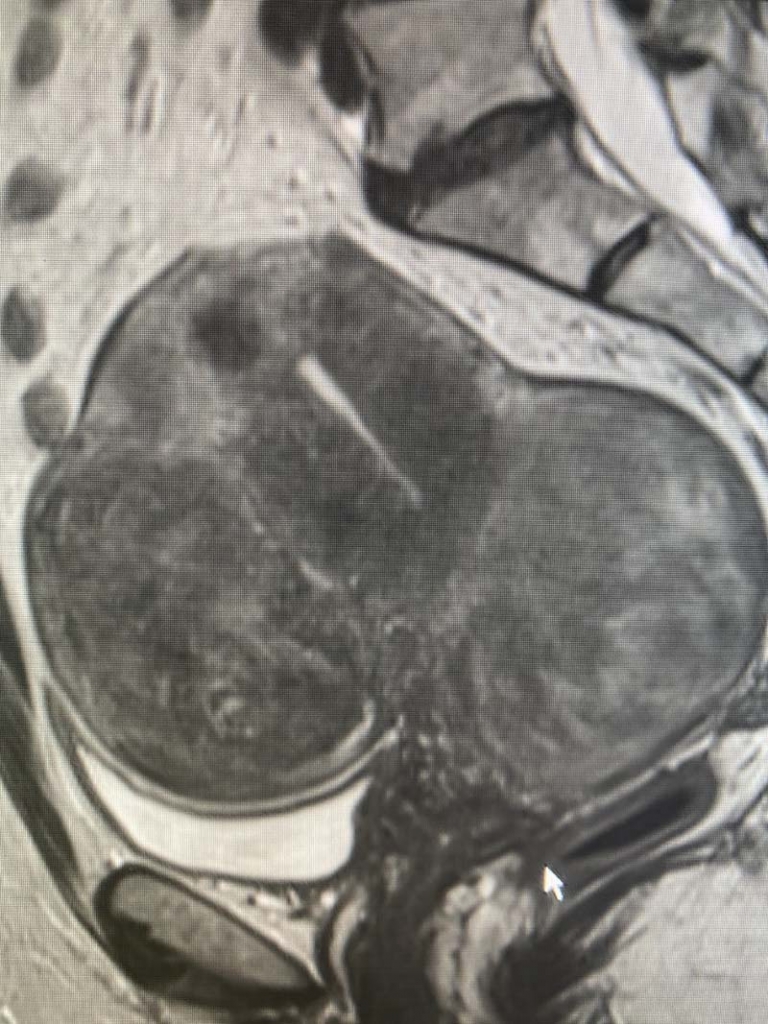 Please read the disclaimer Uterine fibroids which are also called leiomyomas are the most common benign tumors of the uterus.  They are often found on diagnostic studies of the pelvis…

Please read the disclaimer Fat stranding means that the normally dark fat is replaced by a brighter fuzzy appearance.  This can be a small area or involving most of the… 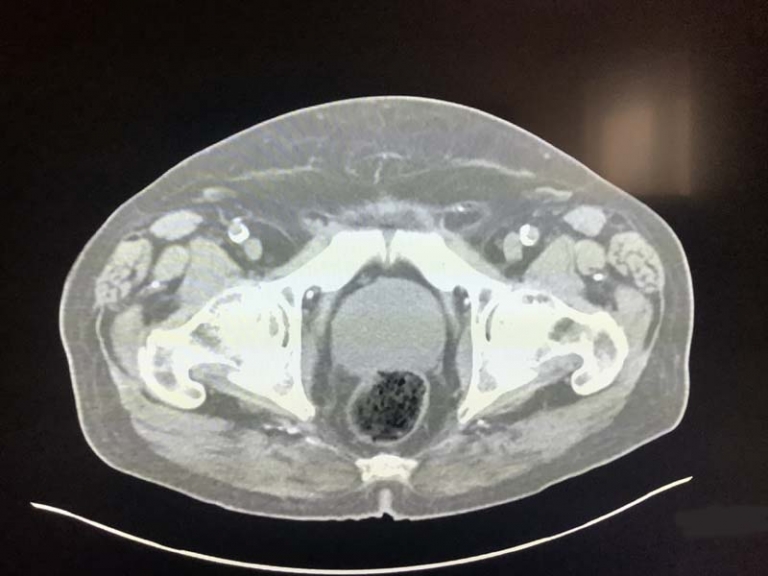 Please read the disclaimer The prostate gland is located between the base of the penis and rectum.  The gland is responsible for producing seminal fluid which mixes with sperm from…